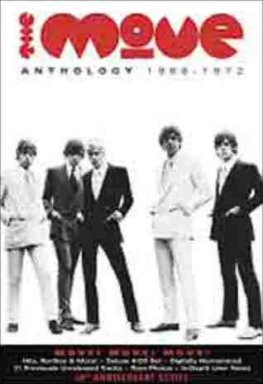 The long awaited Move Anthology 4 CD box set will apparently be out on September 29 in the UK.  The track list according to Play.com:

I have to admit, I'm not terribly excited by this track list yet. 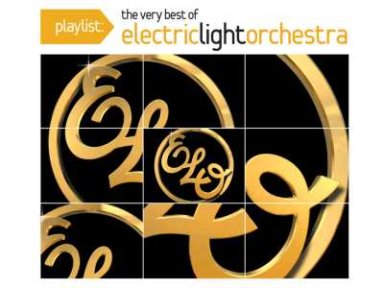 It appears the ELO Playlist CD is already out.

Indeed, this is a re-packaged Essential Electric Light Orchestra collection from 2003.  The one difference, there's an enhanced section on the CD that leads you to additional photos (including one of the newer shots of Jeff used in the Yamaha magazine article about him), credits and most notibly, 2 new wallpapers.  I had a hell of time trying to access the wallpaper, but here are direct links to them:

By the way, if you think the Essential madness is over, Michael Jackson, Billy Joel, Bruce Springsteen, Judas Preist, Journey and several others are getting Essential 3.0 releases.  They contain a third music CD of more hits and fan favorites.  Funny.

Two other observations:  1) There are no post-1974 group photos in the enhanced section... and 2) There's an ELO Part II CD in the discography. 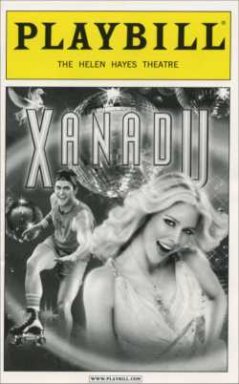 While taking this week off, I thought I'd take in a show.  Actually, I meant to see Xanadu on Broadway a while ago, I just had major fears about what I was going to see when I got there.  I'm not really a Broadway musicals fanatic, but after 2 Tony award nominations, I figured it was worth trying.

But it was hard to get to that point.  Xanadu (the film) got some of the most horrifying reviews ever.  I mean, what's not to love about a creative muse who pops out of a mural with her 8 sisters and persuades 2 men (a character played Gene Kelly one of them) to open a roller disco?

Frankly, the new Broadway cast CD and performances on TV didn't help me.  I just didn't see it translating well.

Flash forward to last night, I get my Playbill and my glow stick, then finally settle into my seat. Surprise #1, the Helen Hayes Theatre was a packed house.

The house lights dim, then I brace myself for the worst. The male lead, Cheyenne Jackson, sets up the first number. The music strikes up, the mural "comes to life" and the festivities begin. As soon as you realize that two of the muses were now guys, all bets were off.

Xanadu on Broadway was excellent.

It's now a jacked-up, and high-camp comedy only loosely based on the film.  The talent was amazing, every one of them. And for the record, I caught it with Whoopie Goldberg... a huge bonus.

The jokes were far from stale.  Like I said, two of the muses are now guys: the muse of comedy and the muse of dance.  However, if that idea bothers you, stay as far away from this show as you can.

Otherwise, prepare to have a great time in a very Mama Mia-esque kinda way.

Rob Caiger, by the way, is interviewed about Jeff in Xanadu: The Book!  Seriously!  which is sold at the Helen Hayes Theatre.  While Rob's interview is quite good, it should be an interview with Jeff.  And given the Tony nominations and the good will, fun and humor this show is creating, Jeff may want to consider embracing this production very publicly.  I'm not confident it's his kind of humor, but the show won over so many.

I'm almost shocked how much fun it was.

Here's their webiste, and for discount tickets (highly recommended, the show is not cheap) go to broadwayoffers.com and enter XUDVD85.  For a larger premium, there are seats on the stage.

On top of what appears to be a complete overhaul of his website, there's a career-spanning box set from Roy Orbison on the docket for Tuesday September 30 from Legacy.

While there's nothing new studio-wise (unreleased) from his later years (Jeff Lynne-produced to be more to the point,) all 5 of Roy's released recordings with Jeff at the helm have made the cut as well as the Wilburys Not Alone Any More.

For the record, the only other Lynne-related track is a mash-up/remix of an old original and a newer version of Ooby Dooby.  That did not make the cut.

Jeff Lynne and Tom Petty will be among a slew of artists who will contributing comments to the liner notes.