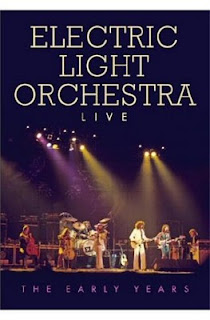 Here is the first substantial release of the year in the Jeff Lynne department.  Eagle Rock Entertainment will issue a new DVD called Electric Light Orchestra Live - The Early Years (just in the UK it sounds like) containing live performances from ELO spanning 1973-1976 including the full Fusion concert during the Face The Music tour.

The DVD will include:
Brunel University 1973
1. King Of The Universe
2. Ma-Ma-Ma Belle
3. In The Hall Of The Mountain King
4. Great Balls Of Fire


Release date is 9 August 2010.  So far this is a UK only release and it's not clear whether this will be a region-free DVD.  So, you see that In Performance DVD that's listed a few posts down.  Scratch that.  More on this particular release as we find it.
Posted by Jerry at 6:04 PM 2 comments: 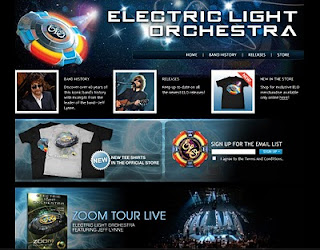 At long last, Jeff Lynne and ELO have an official website again.  Some opening thoughts:

A very nice and fresh new bio.  Interesting Richard Tandy is the only other member of ELO mentioned by name.  That will not sit well with some fans.

So, Electric Light Orchestra is now on the Live Nation merchandise roster...(LOL..  Sorry about the rooster, I type a little too quickly at times. Please feel free to point out these lapses in English to my attention.)

I know the spaceship T-shirts work for the mainstream buyer, but I bet a rustic Secret Messages-themed T-shirt would sell like mad among fans. I'd pay $24.95 for that.

To the IT guys: The track lists are a bit off... Track 8 on Time, Track 9 on ELO II Beethover?  All She Wanted is listed 4 times.  I would think the official website is where you want to get it right.

Here is some new music (from fans, friends and readers) you may enjoy checking out...

First, The 286.  They are a London-based band combining Beatlesque pop with classical music.  Sound familiar?  You can hear some of their stuff on their MySpace page and it's expected to be available on iTunes soon.  They are also on Facebook. 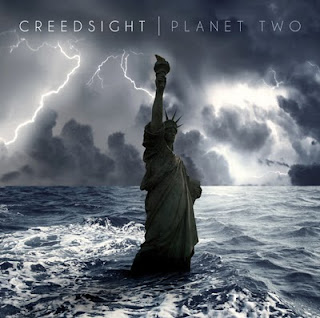 Next, is from an ELO fan, collector and friend Oliver Achnitz from Germany.  His band, Creedsight, just released their second studio album, Planet Two, this week.  You can hear tracks from the new album at their website or join them on Facebook.  Cool album cover, huh? 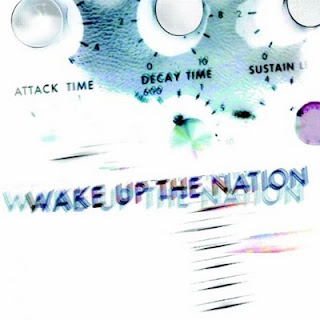 And in case you haven't heard about this yet, Bev Bevan plays drums on the new Paul Weller album.  The album, I believe, is out in the UK and will be released in the States on June 1.
Posted by Jerry at 8:36 PM No comments: