STARTING TO ROLL ALONG... 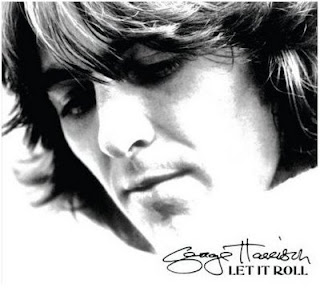 For the record, there's a nice shot of Jeff's interview at the ASCAP I Create Music Expo on Face The Music Online's front page.
Posted by Jerry at 10:32 AM No comments: 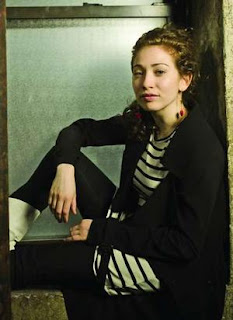 No track list or producer credits yet, but it appears Regina Spektor's Far will also be released as a Special Edition with a DVD.
Posted by Jerry at 12:04 PM 1 comment:

There's an interesting post on Reuter's Fan Fare blog ahead of Jeff Lynne's interview and Golden Note Award on Friday in Los Angeles.  It's the first real sign that he's been working on his own material since the lead-up to Zoom in 2001.

Lynne, the bearded Svengali famed for leading the art-rock band Electric Light Orchestra, is also working on a solo album, which he hopes to release later this year. It would be the follow-up to his first solo outing, 1990’s “Armchair Theatre.”

Although we've been down this road before in terms of timeline, it's encouraging.  And, says the report:

He has just finished producing five tracks at his home studio with singer/songwriter Regina Spektor, and plans to work on some songs with Eagles guitarist Joe Walsh.

Hopefully that means five songs that all made the album.  We're all still awaiting Far's finalized track list.  The Joe Walsh material will probably take a while since The Eagles are touring at least through July.
Posted by Jerry at 9:25 AM 5 comments: 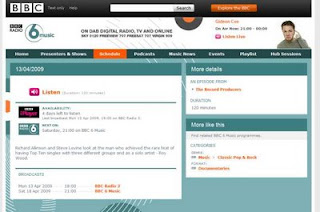 UPDATE (April 22):  The full 90 version is online through Saturday on BBC6 Music.
If you missed BBC Radio 2's The Record Producers with Roy Wood, you only have a few days to hear it online.  There's a great break-down of 10538 Overture (among other tracks) using the multi-tracks.
Note: The link will be become a dead end on Monday.
This is partly why I was dismayed that the real take 1 of 10538 Overture wasn't issued even as an online bonus mp3.  It's great listening.
Posted by Jerry at 7:02 PM No comments: 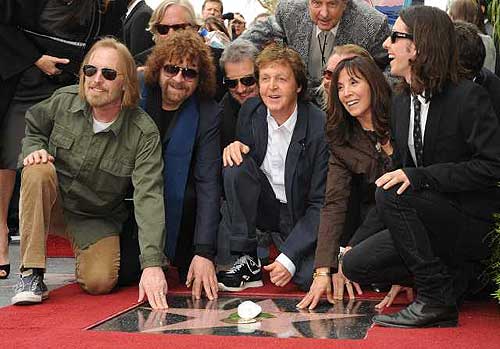 George Harrison got a star on the Hollywood Walk of Fame today.
Olivia and Dhani Harrison, Jeff Lynne, Tom Petty and Paul McCartney were among the many there for the ceremony.
Photo by Mark Ralston/AFP/Getty Images.
To coincide with the event, Capitol announced Let It Roll: The Songs of George Harrison for a June 16 release.  It's George Harrison's first ever career-spanning hits collection.
No track list yet, but Steve Marinucci from the reliable AbbeyRd's Beatle Page believes there could be a rarity on it.  My rarity vote is for Cheer Down.
Posted by Jerry at 8:27 PM 5 comments:

A LITTLE FARTHER AWAY... 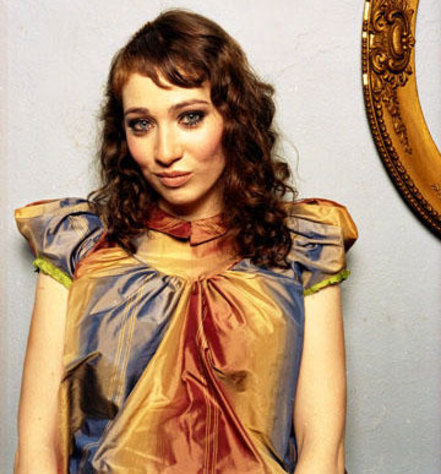 A press release on Regina Spektor's new album Far is out today.  The 13 track album is now due on June 23.  There's no track list or artwork or producer break down yet, but we do know the first single is a track called Laughing With.
Posted by Jerry at 5:22 PM 1 comment: 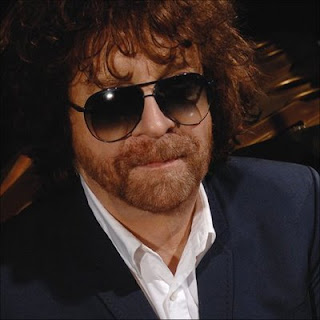 Here's the blurb on Jeff for his interview and Golden Note Award presentation at this year's ASCAP I Create Music Expo.  His event is set for Friday April 24.

INTERVIEWER: Erik Philbrook - ASCAP
ASCAP is pleased to present Jeff Lynne with its prestigious ASCAP Golden Note Award for his extraordinary musical achievements and welcome him as our very special guest interview. Lynne has had an incredible 40-year career as a songwriter, producer and leader of the Electric Light Orchestra (ELO), co-founder of The Traveling Wilburys and producer of such artists as The Beatles, Roy Orbison and Tom Petty. Even with a lifetime of other musical accomplishments, Jeff Lynne is and always will be known as the man who turned on the Electric Light Orchestra, one of the most remarkable success stories in rock history. ELO has sold well in excess of 50 million records worldwide, and continues to be a remarkably popular catalog. Jeff Lynne wrote and produced 26 Top 40 hits in the UK, and 20 Top 40 hits in the US with ELO, and became a major arena and stadium draw. Lynne has also released a solo album, Armchair Theatre. His remarkable career includes producing and collaborating with many of the greatest musical artists of all time, including a number of Lynne's all-time heroes: George Harrison, Paul McCartney, Ringo Starr, The Beatles, Roy Orbison, Tom Petty, Brian Wilson and Del Shannon. Together with Harrison, Orbison, Petty and Bob Dylan, Lynne was a member of the Grammy award-winning Traveling Wilburys - a supergroup like no other.

...and when you also count his outside collaborations during and since ELO, the number of songs he put into the American Top 40 jumps to at least 30.  There are not many musicians who can claim that.
Posted by Jerry at 5:54 PM 3 comments:

SUDDENLY FROM THE BLU SPEC 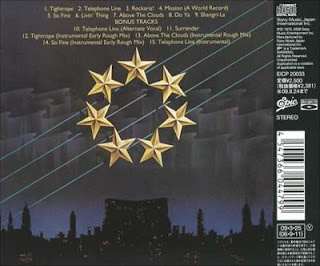 ELO's A New World Record is unleashed in Japan on the new Blu-Spec CD format.  While it gets a slight uptick in sound quality (as per the other ELO blu-specs vs. standard CDs,) it gets a slight downtick in packaging quality, mostly because you get a old-fashioned opaque CD tray with a blank inlay underneath.
Otherwise, with this version, you get the entire remaster booklet in Japanese... pretty cool actually, the Jet disc label is pretty much the same design as the Mini-LP except for a few markings and there's a black and white lyric booklet inside. 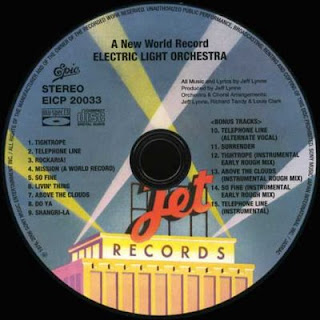 Again, this is pretty much for the collectors who want everything.  The difference in sound quality won't make much of a difference for most fans. 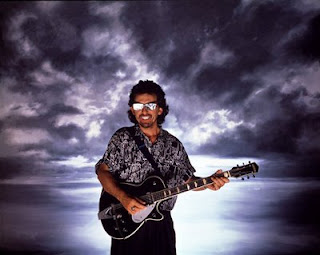 It appears there is big Beatles news.
First off, George Harrison will receive a star on the Hollywood Walk of Fame a week from today April 14.  On the heels of that is supposedly an announcement sometime this month by Capitol/EMI concerning a new release of some sort by Harrison.  Is it another remaster(s)?  A career-spanning best-of?  Some fans believe it'll be something from his Apple days. More on that in the coming days. 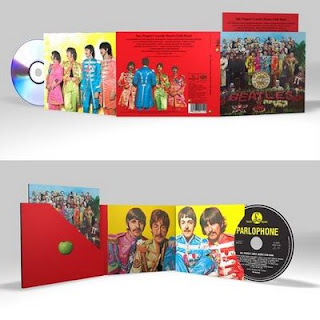 And after years of rumors and fans holding their collective breath, the entire Beatles catalog has been remastered and will finally be released on September 9.  The grossly overdue sonic upgrade has apparently been at least 4 years in the making.  The link has a brief slide of what Sgt. Pepper and Abbey Road will look like.
The New York Times goes a little more in-depth as well.
What won't be included is The Beatles Anthology material as well as some of the projects that followed such as the Yellow Submarine Songtrack and the Beatles 1 collection.
... and check out the Beatles home page!
Posted by Jerry at 5:58 PM 1 comment: