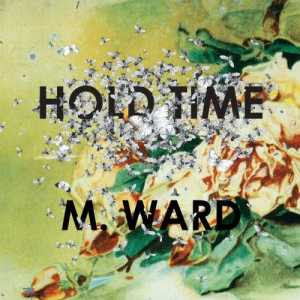 I just wanted to pass on a quick recommendation.  While I can't say it totally resembles Jeff Lynne's producing, there are traits about this album's tracks that, for me, pacify the gaping holes between Jeff Lynne releases.
This is M. Ward.  I saw him play live last Friday and he was quite good.  His new album "Hold Time" was released a week ago and has several standout tracks.  Jailbird and Never Had Nobody Like You (almost a T.Rex clone) currently have me hooked.
He produced the album, wrote most of its tracks, and plays much of it.  ELO worshipper Jason Lytle is one of the guest musicians.
While on this topic, Sarah McLachlan's new song U Want Me 2 has some familiar rings to it, 2.
Posted by Jerry at 11:28 AM No comments: 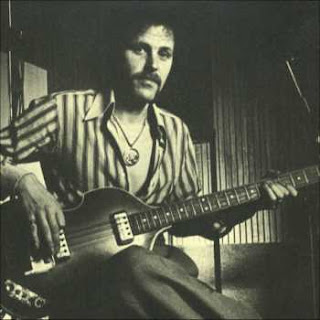 Former ELO bassist Kelly Groucutt has died of a heart attack at the age of 63. 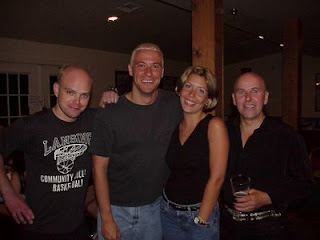 While there will always be debate about how the ELO story plays out, there's not much debate on Kelly's popularity among fans.  He was outright the most accessible member of that band.  It was Kelly Groucutt who kept the ELO torch lit from the 1990s on and seemingly was the most passionate about it.  It was because of him that so many fans stayed passionate all these years... and still are.
Imagine how many shows ELO Part II played since the early 90s, how many fans wanted to meet the band members after concerts, and how many times he was gracious to let that happen... over and over again.  Think of how many records and CDs have his autograph because he always took enough time to sign everything.  Do you know how many pictures of him with fans are floating around out there?  Thousands, at least.  He had outright friendships with several fans I know personally.  Kelly gave so many fans a rare distinction others will never have.
All of the right and wrong aside, we all lost a very charismatic member of our family today.

I'm rooting for the whole catalog on Blu-Spec now...

OFF TOPIC: A COLD NIGHT AT THE GRAMMYS 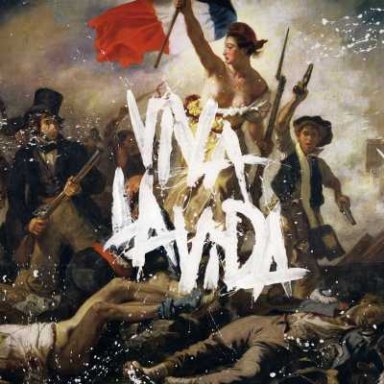 If my prediction holds, and I hope it does, Coldplay will have an awesome night at the Grammys tonight.  Maybe not a complete sweep, but close.  If there's any band I feel has earned it, it's this one.  The marketing around Viva La Vida was unconventional and genius.  For me, they have managed to become the only band since ELO to keep me completely engaged this long.
Since last May/June:
And they did all of that while carrying out 2008's most successful concert tour in the world.
I have dreams that Jeff Lynne projects yield nearly this much.  But Jeff Lynne projects don't get Coldplay's budget, do they? The link I personally find between the two is the quality of their recordings.  Anytime both make records, every sound is extremely well thought-out and laid-out.
So, my money's on a big night for Coldplay.  If that doesn't happen, oh well.  At least they're a rare example of how fans became a top priority... and how so many fans were willing to actually shell out money to hear more.
Posted by Jerry at 10:04 AM 1 comment:

OUT OF THE BLU SPEC 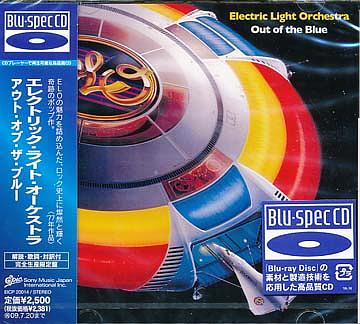 In terms of this new ELO release in Japan, there's not much to add from the Discovery Blu-Spec comments earlier.  Currently, this version of the Out of the Blue remaster is the best sounding available.  The improvement is slight, but I have to admit, to my ears, there's one track seems to benefit the most from this new format: Latitude 88 North.  I hear a few more details (or is it stability) in this version.
Anyway, if you buy one, take care of the case.  It's an extra thick jewel case that houses the deluxe remastered booklet, Blu-Spec info sheet, black & white lyrics booklet and (unique to any other release) a standard CD fold insert (because the deluxe OOTB booklet isn't standard CD size) of the album cover art on the front, the inside of the spaceship on the flip side.
Posted by Jerry at 5:21 PM No comments: