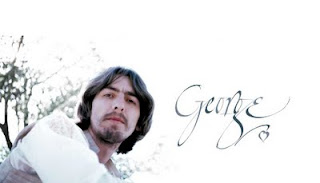 Is this welcome board at GeorgeHarrison.com (commemorating 8 years since he's passed) playing Just For Today??
Posted by Jerry at 7:21 PM 1 comment:

First off: Happy Holidays, everyone!  Hard to believe it's here already.  While the last few months have been scarce news-wise, here are a few FYI items:

The Traveling Wilburys Deluxe Edition book from Genesis Publications has sold out.  There are still Collector's Editions available and are identical in terms of book content.  It appears that they're trying to get the books delivered before Christmas.  At last check (from me) a week ago, they're still at the printers/binders and they all need to be signed by Jeff.  Genesis says if you don't get the book by Christmas, they will send a gift card for the inconvenience. 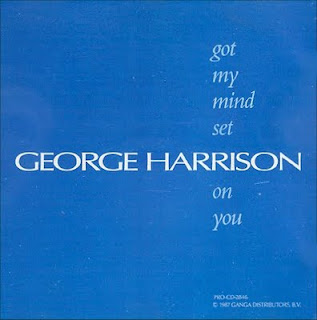 Those of you passed on re-buying George Harrison's Cloud Nine on iTunes in order to get the rare Extended Version of Got My Mind Set On You, good news: the individual track is available to buy at CD Universe.com.  Get it soon in case that was an oversight....  Same is true is you're interesting in having the demo for Blow Away, which was a digital download-only bonus track on the 1979 George Harrison album. 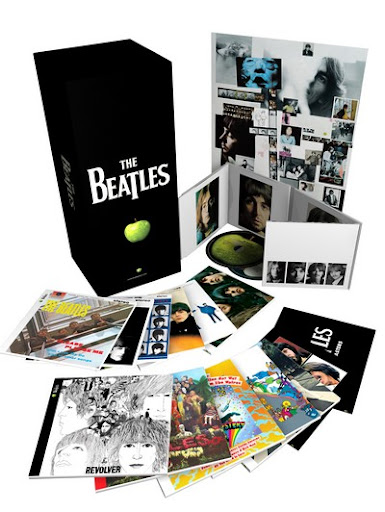 Jeff Lynne will be among several producers and musicians who are featured in a new 3-part Beatles radio show, Here, There And Everywhere, coming to radio station near you starting this Friday and supposedly running through the holidays. 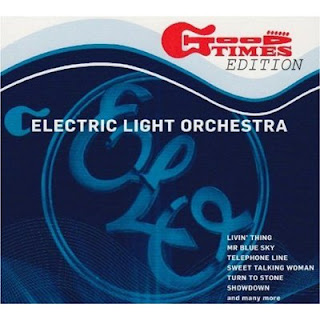 Oh, and Sony (or some arm of Sony) released yet another 11 track (original 1979 Greatest Hits) ELO compilation earlier this month.  This is the Good Times Edition.  OK...  Amazon UK, Amazon US

Here's hoping the downtime is over soon.  ELO's 40th Anniversary year starts in January and rumor has it, things will get active again.  In the meantime, enjoy the holidays!
Posted by Jerry at 5:23 PM No comments: