A TRIBUTE TO BUDDY HOLLY... 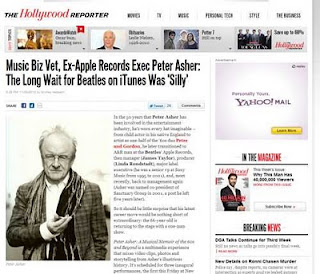 The Hollywood Reporter has a new interview with producer Peter Asher who revealed he's working on a Buddy Holly tribute collection and that Jeff Lynne is contributing a song to it, a cover of 'Words of Love':

THR: You’re equally passionate about the music of Buddy Holly. Tell us about the tribute album you’re putting together.

Asher: I am a huge fan. Buddy Holly was one of the things that brought Gordon and I together at school, back in the very formation of Peter and Gordon. I was more of a folkie, Gordon was more of a rocker and he pretty much taught me about Buddy Holly. Those songs always meant a lot to me, so when I was approached to take on the production of a Buddy Holly tribute for the 50th anniversary of his death, I was happy to do so. We've done seven tracks so far: Stevie Nicks, Lyle Lovett, Jeff Lynne who produced his own version of “Words of Love,” which is brilliant, The Fray, Chris Isaac .... Who have I left out?

Even though Asher is an acclaimed producer in his own right, he says Jeff produced his own version:

THR: And you’re producing every track?

Asher: So far, the only one I didn't do is Jeff Lynne because he does all his stuff in his own studio, his own way. So I was happy spectator and visitor, but everything else has been tracked in L.A. at Conway Studios.

And the next question... when:


THR: When do you hope to have it out and who will release it?

Asher: I'd like to see it come out in late spring. It may be a direct-to-retail deal, it’s still a bit up in the air.

POSTCARDS FROM THE EDGE 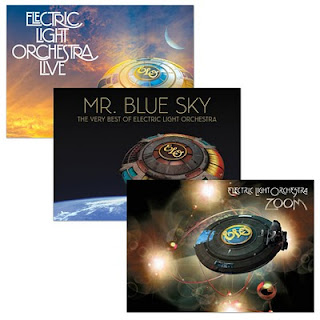 The ELO merchandise shop at elo.biz has two new entries: One, a 14x20 print on heavy stock paper featuring artwork for something called Mr. Blue Sky: The Best of Electric Light Orchestra and two, a set of postcards featuring the ELO spaceship including a rework of Zoom's artwork. 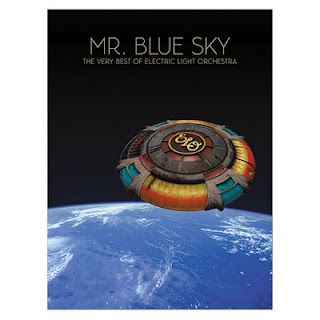 Could this be a preview of things to come?
Posted by Jerry at 8:45 AM 4 comments:

MR. BLUE SKY IS BACK 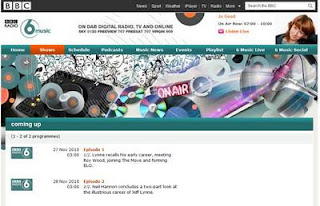