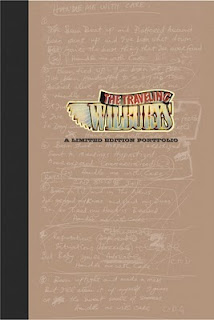 Here's a little more info on the Traveling Wilburys: A Limited Edition Portfolio, which is quietly available for sale. GeorgeHarrison.com lists the portfolio as:

Curated by acclaimed art director David Costa, this limited edition portfolio of 250 numbered lithographs includes photographs by Alberto Tolot during the making of the “Handle With Care” video, Neal Preston’s iconic photos for the first album, Caroline Greystock’s capture of early rehearsals, as well as Polaroids by the Wilburys themselves.

So, all of the lithographs appear to be pictures from the book.  Turns out, select James Perse Stores in California are offering the deluxe portfolios, but nowhere else. They are $350 and the store will make arrangements to ship one if you can't visit a store in person.

UPDATE: The Traveling Wilburys online store just added the portfolio for $300 as well as the Genesis Publications book for $319.
Posted by Jerry at 8:46 AM No comments:

OFF TOPIC: SHE AND HIM 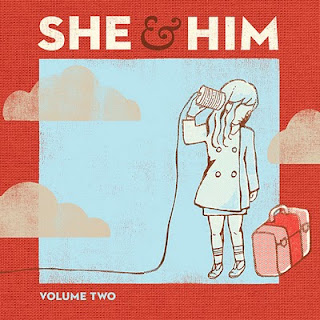 It's a bit of a '50s girl groups/Nancy Sinatra-retro theme. What hooked me first is track 2 - called In The Sun.  The chorus confuses me and I keep disconnecting from it.  But you know, M. Ward is really getting the hang of this record-making thing.
Posted by Jerry at 1:39 PM 2 comments:

ONE INSTANCE WHERE 'XANADU' WAS BETTER 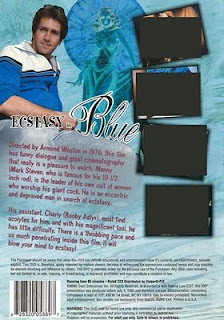 I wish I can take credit for finding this, but the credit goes to a fellow fan/collector who wishes to remain anonymous for the sake of his peaceful household.  I don't know if this info was already out there among fans, but this is the first time I've heard this.

Perhaps unbenounced (or not) to ELO or their management, several ELO songs were used in an adult video from 1976 called Ecstasy In Blue.  As is the case with many films of its genre, Ecstasy In Blue is this hilariously bad account of some scary-looking freaky guy who has magic powers over women, or something like that.  The plot kind of escaped me.  And according to the description on the box, the cinematography is great.  I, er, beg to differ.

The video apparently made its way to DVD a few years ago.  I'm told it wasn't terribly uncommon in those days for adult movie directors to use music by popular artists.  But what makes this juicy bit of info even more odd is the ELO songs (among others) they decided to use: 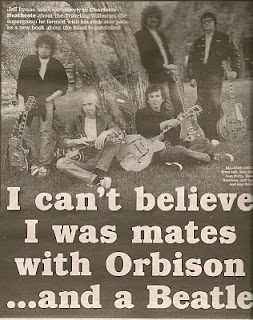 There was a feature on Jeff Lynne in last weekend's Sunday Express newspaper in the UK... with an offer for a free ELO's Greatest Hits Volume 2 CD.  There's an online version of the article here.  The interview was done to help publicize the new Traveling Wilburys book from Genesis Publications.  There's really nothing in the article that most of us didn't know already.  Next up: 'writing a couple of albums under his own name' and working on an album with Joe Walsh.

The free CD, despite the word 'live' in the description is likely the 16 track CD from 1992 featuring Wild West Hero, tracks from Discovery and later.  Regardless, it's another way ELO is staying on the radar... 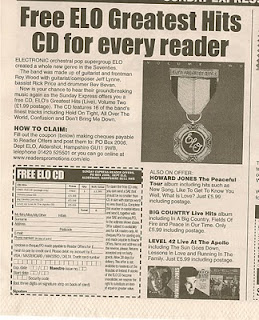 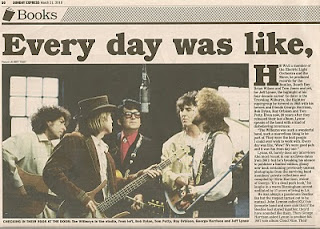 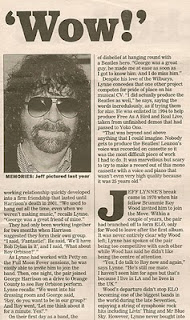 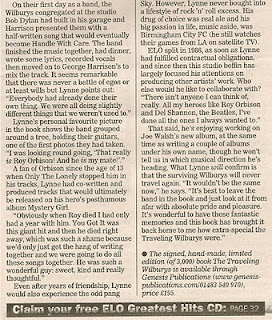 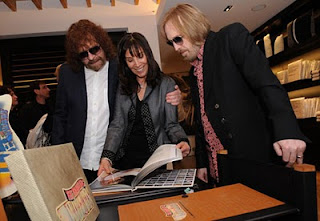 Jeff Lynne and Tom Petty were on hand last night in LA for the book launch of The Traveling Wilburys by Genesis Publications. Much of the Wilbury family and extended family packed a Beverly Hills clothing store to celebrate.

Here's more on the party (including a few more pictures) from George Harrison's website...

OUT OF THE BLUE PROJECT 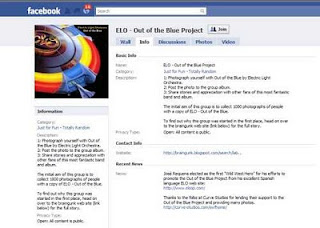 Attention Facebookers: Here's a fun little group dedicated to ELO's Out Of The Blue. The admins of the page want to see a picture of you with a copy of Out Of The Blue; could be on vinyl, CD, iPod, whatever. Just grab your digital camera, snap a shot anyway you'd like and upload it to the Wall. They are aiming for a 1,000 pictures.

I think it would be kind of fun to spread the word about this... 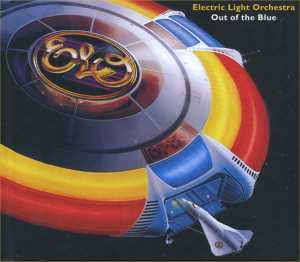 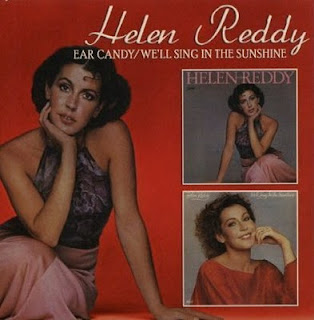 An old favorite of ELO fans is finally released on CD.  Helen Reddy's We'll Sing In The Sunshine from 1978 is paired with another album, Ear Candy, for this 2-on-1 CD on Raven Records.  The Jeff Lynne-composed Poor Little Fool is included on CD for the first time.  What on Earth took so long?  It had been available digitally for a few years.
Posted by Jerry at 10:06 AM 1 comment:

A big announcement has come from Tom Petty & The Heartbreakers.  New album, Mojo and new North American tour.  Both will be happening this spring and Tom Petty's website is streaming a new song already.

Makes you wonder when someone else will be making his announcement.
Posted by Jerry at 9:56 AM No comments: