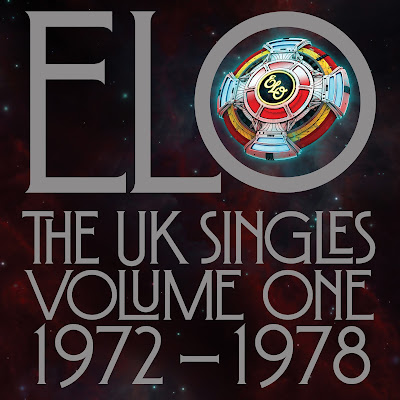 The next major ELO release will be The UK Singles Volume One.  16 replicas of original ELO 7" singles spanning 1972-1978.  More from Face The Music Online.

The U.K. Singles Volume One: 1972-1978 presents ELO's early output of hits and b-sides as originally experienced by the band's fans in their native UK. This collector's box set features 15 groundbreaking 45 RPM singles plus 1978's "The ELO EP," each fully recreated from their original releases more than four decades ago.

All of the music on The U.K. Singles Volume One: 1972-1978 was remastered from the analog source tapes while each of the 16 7" vinyl discs in the collection features detailed reproductions of the original sleeves and labels from the 1970s.

Nine of these singles--including "Roll Over Beethoven," "Evil Woman," "Livin' Thing," "Telephone Line" and "Mr. Blue Sky"--reached the Top 10 of the British charts and remain among the world's most enduring classic rock songs. On rock radio and beyond, ELO's hits continue to permeate pop culture. In 2017, "Livin' Thing" was featured in a widely-seen advertisement for Volkswagen while "Mr. Blue Sky" underscored a pivotal scene in the Marvel Studios blockbuster Guardians Of The Galaxy Vol. 2.

Formed in Birmingham, England in 1970, ELO was designed to create progressive modern pop music combining classical and rock elements wrapped in futurist iconography. Jeff Lynne is ELO's guiding light and driving force, writing virtually all of the group's original material while arranging and producing their albums.

From 1972 through 1986, ELO racked up more combined UK and US Top 40 hits than any other band on the planet while selling more than 50 million records worldwide. During the same period, ELO scored twenty Top 20s on the UK Singles Chart and fifteen Top 20s on the US Billboard Hot 100.

A new concert documentary, "Jeff Lynne's ELO: Wembley or Bust" will make its U.S. television premiere on SHOWTIME on Friday, July 27 at 9 p.m. ET/PT on-air, on demand and over the internet. A celebration of ELO's enduring and ongoing musical legacy, director Paul Dugdale documents Lynne's ELO performance at London's famed Wembley Stadium in front of a sold-out crowd of 60,000 fans in 2017.

Good morning. This is (not) a test (pressing). While today's forecast in the UK is for more Blue Sky's, tomorrow will bring a down-pour at 3pm measuring 7 inches. @JeffLynnesELO https://t.co/EUrDE1WXSU https://t.co/4VVigyNrmM pic.twitter.com/BZOtrgYAdW 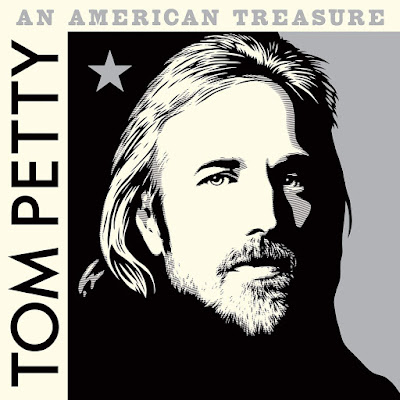 The new Tom Petty box set announced Wednesday will span his entire career including his years collaborating with Jeff Lynne.

Included with this box is: