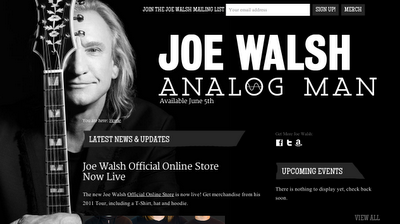 Joe Walsh's website is confirming it, Walsh's new album Analog Man (co-produced by Jeff Lynne) is coming June 5.    Musictap is now reporting that the vinyl version of the album will precede the CD release and is planned for May 22 on Fantasy Records.
Posted by Jerry at 9:06 AM No comments:

It appears Analog Man, the forthcoming album from Joe Walsh will, at the very least, come in a CD/DVD deluxe edition.
Posted by Jerry at 10:51 PM No comments: 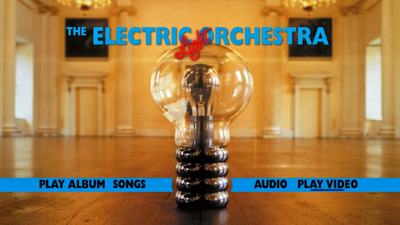 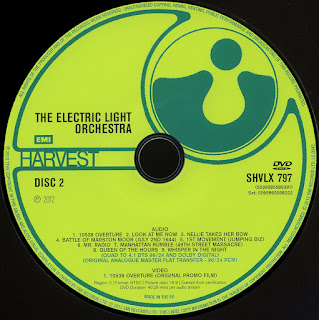 Back when the BBC aired The Record Producers with Roy Wood in 2009, I hoped for a DVD like this.  Hearing 10538 Overture broken down into its individual parts was pretty excellent to hear as a fan.  Now, given this 40th Anniversary edition of 'ELO' along with the 2001 First Light Series and 2004's The Early Years, this album is about as deconstructed and comprehensive as any ELO LP will probably ever get. 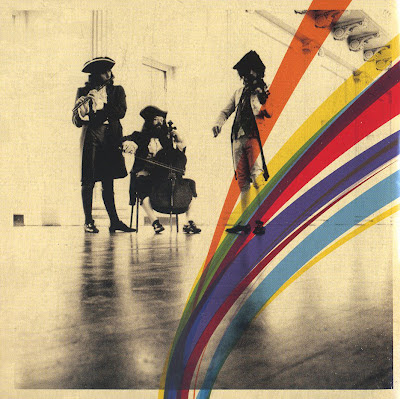 Although there is no new unreleased session material, the DVD alone makes this set pretty satisfying. - Neatly packaged and nicely presented.  It's a new twist on an old standby - and that's one way (I believe) to keep fans on board and interested.
Posted by Jerry at 10:48 PM No comments: 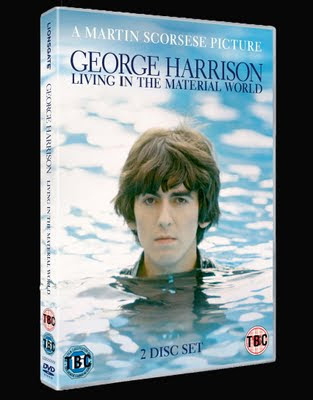 In addition to the BluRay and DVD (USA) release of George Harrison - Living In The Material World documentary, Direct Current is now listing something from George Harrison entitled Early Takes Volume 1 also on the release schedule for May 1, same day as the BluRay and DVD release in America.
One can only guess this CD is the bonus CD that came with the Living In The Material World deluxe edition in the UK.  Time will tell.
We are intrigued at the title, though.  Depending on your interpretation of Volume 1, we are guessing (and frankly, hoping) there's at least one other volume in the cards.

A deluxe edition of Living In The Material World also appears to be forthcoming.... 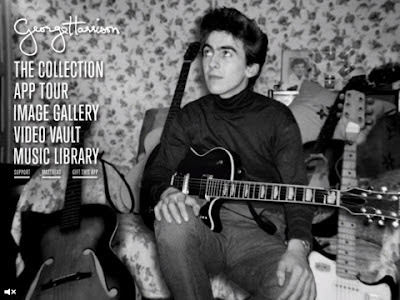 By the way, if you have an iPad and don't have the George Harrison Guitar Collection app, get it.  It's amazing.  The app links you to samples of his current digital catalog with one exception:  Just For Today.  It's the short background vocal clip used on his web site a few years ago.
Posted by Jerry at 1:31 PM No comments:

LIVING IN THE MATERIAL WORLD ctd.... 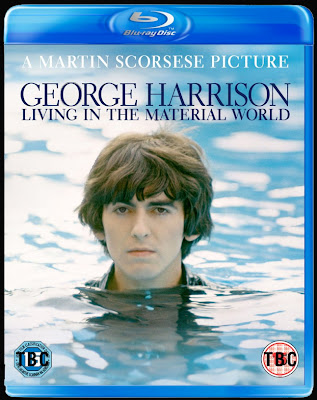 MusicTap also now reporting that the George Harrison documentary Living In The Material World from director Martin Scorsese will finally come to BluRay and DVD in America May 1 on Hip-O/Universal, more than 6 months following the DVD/BluRay release in the UK.  If I live to be 100, I'll never understand why they did it this way, but there you have it.
Posted by Jerry at 9:08 AM 3 comments:

Musictap is reporting that an 'as-yet-untitled' album from Joe Walsh is on the schedule for June 5 on Fantasy Records.

Direct Current also lists the release for June 5 - and says it's Analog Man.
Posted by Jerry at 8:29 AM No comments: