- another Volkswagen commercial, this time using the re-recording of Livin' Thing.

MORE ON GIVE MORE LOVE FROM RINGO 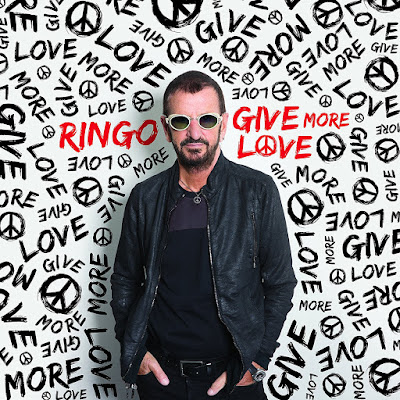 Ringo Starr's longtime engineer, Bruce Sugar, talks to Billboard about making Give More Love including Jeff Lynne's involvement.  Jeff plays on a new version of Back Off Boogaloo created from an old tape containing one of the first recordings of the song.


“Ringo's idea initially was to get Jeff Lynne to take that tape – it was like a minute long -- and turn that into something. Jeff took it and sent us something back, then I told Ringo let me work with it. I had to manipulate the tempos and do all the Pro Tools editing you do these days and kind of married it to what Jeff did. Then Ringo played drums on it and we got Nathan East to put a bass on it. The front piece is from that original quarter-inch tape. There's a little bit in the middle from the quarter inch tape that I put in there. The rest of it is all new with Ringo singing. With the background vocals, Ringo said to get some of the vocals from the original record he did with George and put that in it, too, so it would kind of be three different generations of Ringo on the record.