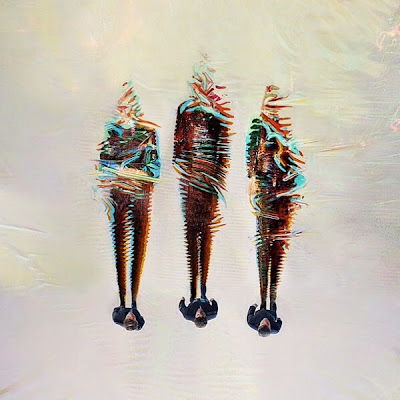 Ahead of Monday's release of Take That III, some fans have just gotten their deluxe editions - and to our surprise, there is nothing in the credits to suggest Jeff Lynne participated in any of the songs on the 12 track main album or the 15 track deluxe edition.  There's still the Google Play edition which contains 2 additional titles - but generally credits for 'bonus bonus' songs are rarely officially revealed.

The album, by the way, just became the most pre-ordered album at amazon.co.uk ever.

But if the credits are accurate - and despite the announcement and even a mention from Jeff about it - you can probably pass on this and stay tuned to see if Jeff is involved in any other released tracks.
Posted by Jerry at 11:56 AM

I'm pretty sure that the track Amazing is produced by Jeff.

It's the most obvious of the tracks on the deluxe edition especially when you compare it to the rest of the album. But the credits say tracks 11-15 are all produced by John Shanks.

At first, I thought Flaws was a Jeff production, but the more the song built up, the more my mind changed.

Some fans that heard a preview of Fall Down At Your Feet believe that is the Jeff track.

Fall Down At Your Feet for sure.

Fall Down Atr Your Feet is definitely the one. If that's the only he did than whoever proclaimed there were two more jumped the gun a bit.

Fall Down At Your Feet is only available on Google Play.

Amazing is a good track, though...

if you look at wikipedia the two tracks without producer announced si together of the google release. Perhaps he did 2?