MORE COMING FROM THE MOVE...

Amazon now filling in a lot of the gaps in their listings for the upcoming Move remastered editions.  The CDs are coming from Esoteric Recordings -- Cherry Red Records also offering pre-orders. 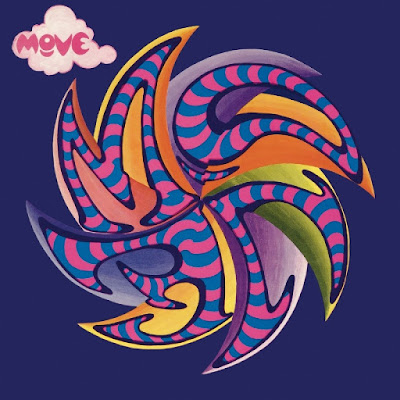 Esoteric Recordings are proud to announce the release of a newly re-mastered and expanded edition of the classic 1968 debut album by THE MOVE.  Of all of the groups to emerge in Britain in the latter half of the 1960s, THE MOVE was arguably one of the finest. A powerful act on stage, the group were blessed with one of the most imaginative songwriters of his generation in Roy Wood and a fine vocalist in Carl Wayne, complemented by Bev Bevan (drums), Trevor Burton (guitar) and Ace Kefford (bass). Released in the UK in April 1968, Move followed on from the international success the band had achieved with the classic singles Night Of Fear', I Can Hear The Grass Grow', Flowers in the Rain' and Fire Brigade'. Their first album, Move, demonstrated the imaginative diversity of the band and saw them break new ground creatively. 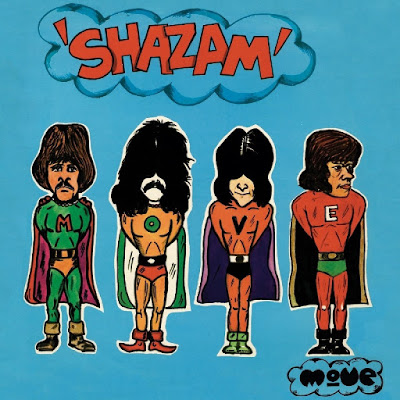 And the 2-CD Deluxe Edition

A powerful act on stage, the group were blessed with one of the most imaginative songwriters of his generation in Roy Wood. Shazam is regarded by many as the finest MOVE album, despite being recorded in a time of flux for the band. In the Spring of 1968 bassist Ace Kefford departed the fold, with Trevor Burton assuming bass guitar duties. The band continued to enjoy success as a singles act, earning a number one hit with 'Blackberry Way' in November 1968. In February 1969 Burton also left the band to be replaced by Rick Price. It was this line-up that was to record Shazam. The album was very well received and is regarded as a classic of the era.

And now, it appears a 2016 pressing of Something Else From The Move EP on 7" vinyl will be released for Record Store Day a week and a half earlier -- on 16 April 2016 -- coincidentally the very day Jeff Lynne's ELO takes the stage at the Genting Arena in Birmingham.


And in that description comes the suggestion that Looking On may not be far behind.

Esoteric Recordings are pleased to announce the release of a strictly limited edition re-mastered vinyl release of the rare 1968 7-Inch Mono Live EP SOMETHING ELSE FROM THE MOVE. Recorded at the legendary Marquee Club on 27th February 1968, this EP (which played at 33 1/3 rpm) featured a different side of the musical character of THE MOVE, reflecting the band as masters of interpreting songs by other acts such as The Byrds, Love and Spooky Tooth and classic Rock n' Roll figures Jerry Lee Lewis and Eddie Cochran. Original copies of this EP are rare and sought after by collectors. This re-mastered release replicates the original Mono EP picture sleeve, plays at 33 1/3 rpm and has been remastered from the original tapes. The € SOMETHING ELSE FROM THE MOVE EP reissue acts as an introduction to the forthcoming series of re-mastered expanded reissues of the Move albums Move, Shazam & Looking On to follow in 2016.

Stay tuned, A Looking On deluxe edition could have some nice possibilities especially if they include some BBC tracks here as well.  Stay tuned.
Posted by Jerry at 5:17 PM

It´s sooooo boring to get practically the same material time after time after time...I have these Albums from Repertoire records, Fly records, Divucsa of Spain, West Side, Salvo, Cube/Disky, Edsel, One Way Records-EMI...if at least some company would release these expanded albums in vynil!!!!